The Birds Remind Me...

it seems that my blog layout went crazy all by itself and I was frustrated trying to figure it out....

And a few other worries tend to stay on my mind like....
money, Dads health, my health, son and DIL, daughter, wheelchair stuff, house, car, aunts, cousins, strangers, dogs, cats....

Then I looked out the window to see these birds....which thankfully brought these verses to my mind!

26 Look at the birds of the air; they do not sow or reap or store away in barns, and yet your heavenly Father feeds them. Are you not much more valuable than they?

27 Can any one of you by worrying add a single hour to your life[a]?

My Niece and Her Chickens

I am proud to share an article that is posted on Home Depots site about my niece,  Ivy.

Like the gangsters they’re named for, Bonnie and Clyde keep trying to escape–but these two aren’t in the federal pen. They live in a chicken pen, where they’re doted on by their owner and keeper, 16-year-old Ivy Falls.

Ivy, who lives with her family near the Georgia-Tennessee border, fell in love with chickens around age 12, when she took part in a 4-H project for seventh graders.

“(The 4-H leaders) gave us 11 hens and one rooster, and we had to raise them from baby chicks. We were supposed to take them back when they were grown, so we could be graded, but we decided not to. We liked our chickens and wanted to keep them,” Ivy says.

Ivy has been smitten with her feathered friends ever since, and says their fresh eggs taste a lot better than the ones you can buy. “The store-bought ones taste fake to me now. It’s like the difference in eating stale bread and fresh bread.”

While Ivy’s original chicks were Black Orpingtons, she and her mom and dad now own bantams, game chickens, and a few Rhode Island Reds. Her dad built them a covered pen to keep out predators. “We live on a hill surrounded by woods,” Ivy explains, “and we’ve had snakes, raccoons, foxes, possums, bobcats, and coyotes. Hawks are the number one predators.”

Keeping chickens can be great for children, to help them learn about sustainability and where food comes from. They develop responsibility, too, as they feed and care for the birds.

PItch-A-Fit , one of Ivy’s roosters, became a favorite pet. “We got Pitch and three other chickens from the pet store, and they lived in the house when we brought them home, until they were old enough to go outside.” Ivy admits that Pitch became–well, spoiled.

“My mother would hold him and baby him, and when she’d put him down, he’d start screaming and wouldn’t stop.” Ivy laughs. “He was a sweet little chicken to her, but he didn’t like anyone else. He got to be a brat that would ignore everyone else and walk around like he was a king.”

Ivy has named some of her other birds, too: there’s Tiny, Cookie, and one most of us probably wouldn’t want to meet whose name is Schizo– as in “schizophrenic.” Some chickens can get mean when they get older, Ivy says, so while keeping chickens can be a good experience for kids, adults should always supervise.

Ivy’s a sophomore in high school now, hoping to major in music when she goes to college, so she can keep playing her clarinet, piano, and oboe. Until then, she’ll take care of Bonnie and Clyde and the rest of her flock.

If you’re thinking of getting chickens for your kids, Ivy recommends trying bantams. “They make good pets, if you just want chickens to play with. They’re tiny and stay tiny, even when they grow up. They’re easy to take of and don’t need a big pen. They even have tiny eggs about the size of your thumb that can eat. They’re really cute.” 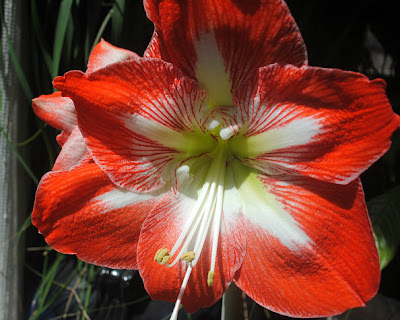 This year I have had an unusual appreciation of the beauty of Spring.


Maybe it is an age thing?
Or the fact that Spring keeps coming and going?
Or surviving a 5 minute survival story last week?


Whatever.....I am loving the sights (such as the detail of this flower) and the sounds (of birds chirping) during this Spring season!
Kim - Kim@stuffcould.... at 9:18 AM 14 comments:

I have been feeling good and venturing out more on these beautiful spring days....

However I was driving my scooter a little too carelessly....

around my car fast when the scooter tipped over....klaplump....it fell over on its side making me

I was fine but I could not get up.... Since the phone was inside the car and I was laying several feet from the car.....

I felt trapped in my own driveway.....but thankfully hubs was in the house.

I laid on the concrete in the sun....hollering and feeling like I was in a survivor story for 5 minutes.

thankfully the neighbor through the woods heard me and called the phone in the house....then hubs realized I never came in the house so he finally found me....and helped me to get up.

Thankfully my survivor story was only 5 minutes...but I will be more careful to keep my phone with me....and stop driving my scooter recklessly.

My Dog and Cat Rivalry 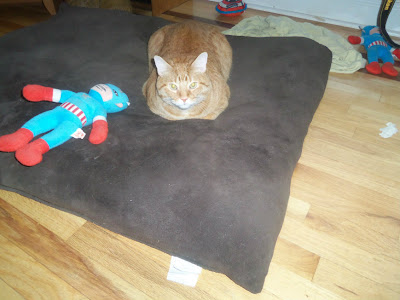 where do I find my grand-cat sitting? on horse dogs pillow

I have been keeping my grand-cat some to help my daughter out...even though it is rough on my sweet but jealous horse dog 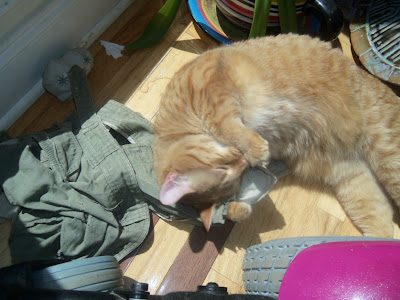 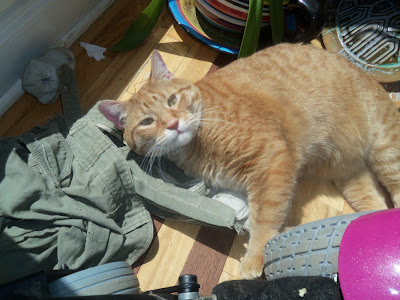 It seems they want the same attention as kids do.  Ain't it Fun to have furry grandkids? 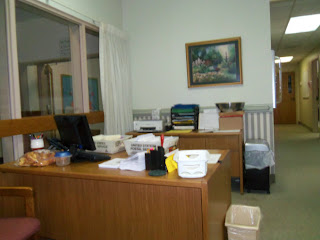 I have been volunteering here at our local church....once a week......just doing little things that they need done.

I think it helps me out more than I help them.